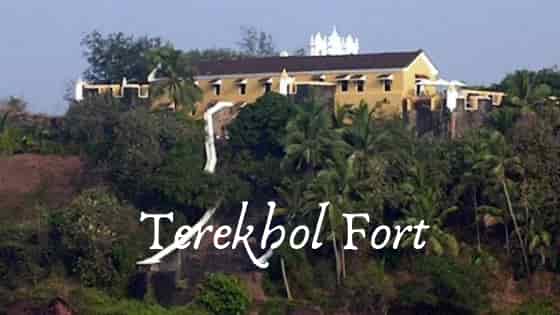 Terekhol Fort, a prestigious Goan fort, also known to the public by the name Tiracol is a perfectly structured fort geographically located on the northern tip of Goa at the mouth of the Terekhol River.

The name Terekhol or Tiracol originated from the Marathi word ‘tir-khol’ which translated into English as the “steep river-bank”.

The fort was first built by a king called Khem Sawant Bhonsle, who was the king of Sawantwadi during the early 17th century.

The place of construction decided by the Raja (King) was a piece of land on a hill on the Northern side of the river bank. This location gave a majestic view of the Fort from the Arabian sea.

The Bhonsles of Sawantwadi kept a parked their fleet of boats and ship along with vessels below the fort, in the Tiracol River.

The fort originally consisted of a dozen guns, a barrack and a chapel.

In the AD of 1746, the Portuguese army under the 44th Viceroy of Goa, Pedro Miguel de Almeida, attacked the King of Sawantwadi.

The attack witnessed Almeida bringing the Portuguese fleet up to the River Kaisuva, where they waged a fierce engagement through sea against the naval forces of the Raja of Sawantwadi.

This attack of the war saw the Portuguese defeating the Sawantwadi dynasty completely, making the Bhonsle king and the rest of the troops to surrender the fort to the Portuguese on 23rd Nov 1746.

The fort, therefore, became an integral part of Portuguese defenses on the sea route. They even got the fort revamped in 1764.

The Tiracol fort remained under the Portuguese rule till December of 1961 when India forcibly annexed the last of Portuguese territorial positions in the subcontinent.

On 17 February 1819, after the defeat of the Marathas, a treaty was signed by Raja Bhonsle Khem Sawant of Sawantwadi, who recognised British suzerainty.

This treaty hence abolished the mass importance of the fort, making it nothing more than an enclave in the territory controlled by British allies.

The fort served as a defensive stronghold during an uprising in 1825 (the time of the Portuguese civil war) that was led by a Doctor by the name of Bernardo Peres da Silva, who also happens to be the first Goan born Viceroy of Goa.

The battle resulted in the fort being greatly damaged. However, the fort and the chapel were later rebuilt once more.

The Fort of Tiracol serves yet as a symbolic location where freedom fighters from Goa have been demonstrated from time to time. 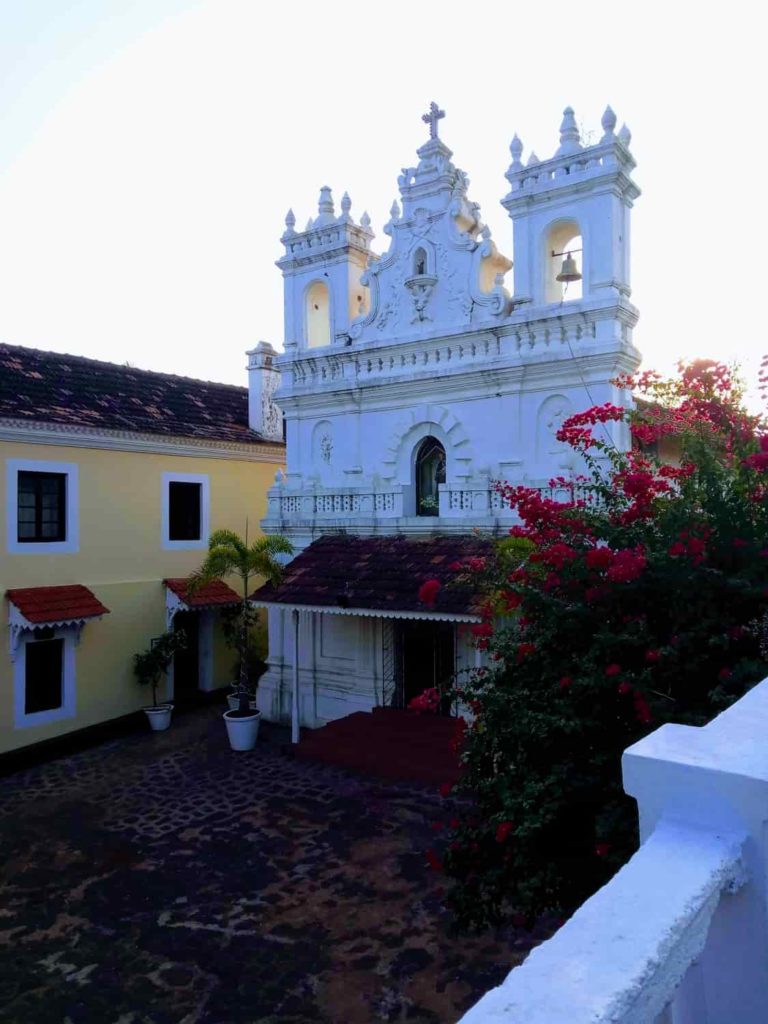 Another factor to the fort includes the Church for the Holy Trinity, which was constructed by de Almeida after its capture. This later became the prominent century-old Church of St. Anthony.

The Tiracol Chapel was elevated into a parish church of St. Anthony of Padua Church, Teracol, by the provision of 15 November  1934.

The church, however, is not an open church availably made to the general public. It is open only on certain occasions, such as the annual feast that is usually held in May.

Now, in a state of ruins, Fort Tiracol to be saved from demolish has been converted into a hotel, the “Fort Tiracol Heritage”.

Talking about the rooms: There are seven new and renovated rooms along with a lovely taste of suites designed with a unique Portuguese perspective.

The interior design of the heritage is contemporary, and as a theme, each is named after the seven days of the week 2 Suites: Friday and Sunday and 5 Deluxe Double Rooms: Monday, Tuesday, Wednesday, and Thursday. With its limited number of rooms, the hotel offers an intimacy beyond imagination.

The interiors are both contemporary Portuguese light with all modern benefits without destroying the monumental structure of the place, making the Fort Tiracol Heritage Hotel a truly unique spot!

The rooms all come with Kings Size Beds, AC’s, and a Satellite Flat Screen TV. The rooms also contain a Coffee Maker an Electronic safe and a modern state of the art bathrooms with explosive rain showers for a perfect relaxed sauna bath! Last but not lease, Free Wifi Internet access in all rooms and public areas.

The entire household includes a Tavern Restaurant and Lounge Bar and Verandah, a Garden Cafe known as ‘Al Fresco’.

Hotel transport is also available at all times to help whenever needed!

Places to visit near Terekhol Fort

Querim Beach, more so-known as Kerim Beach, is situated in North Goa. The beach happens to be one of Goa’s northernmost beaches, which is situated near the estuary of ‘Terekol’.

Kerim Beach is one the most serene looking beaches with tall pine trees lined up all along the beachfront. It is also one of the most beautiful beaches in Goa. There are no around this secluded beach within the 300 meters range. 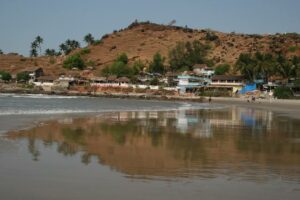 Arambol beach is considered to be one of the most beautiful beaches in Goa, bordering Keri Beach to the north and Mandrem Beach to its south. Being located 43 km north of Goa’s capital city of Panaji.

The beach attracts many international tourists, mainly during the winter season between November and March.  Arambol has a unique tranquil feel to it, therefore attracting a number of travelers. Arambol beach is a 16-kilometer stretch beach of soft white sand.

Beach is also known to be the greenest beach in the state since its 16-kilometer long shoreline is lined with palm and other trees.

How to reach Terekhol Fort

By Air — The Dabolim Airport is 71 km from Terekhol Fort.

Tiracol Fort is a place of Paradise, hidden away beyond all confusion and crowds. A place of sonship, pleasantries, and napping! A place surrounded by serenity.

Just 42 kilometer away from Panaji, and about an hour and a half later you are in the most beautiful place on Earth, LITERALLY!

When is Fort Terekhol open?

Which hotels are near Terekhol Fort?

Hotel Fort Terekhol Heritage is available at Terekhol fort only.

What restaurants are near Fort Terekhol?

Tavern Restaurant is available at Terekhol fort only.

What attractions are near Fort Terekhol?

Distance between Panjim to Terekhol Fort?

The distance between Panjim to Terekhol Fort is 45 Km. 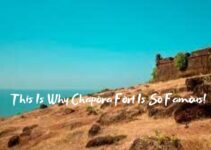 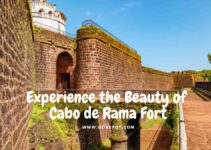 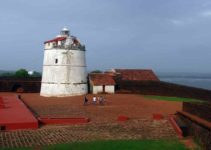