The archway into Old Goa, known as the Viceroy’s Arch Goa, was erected by Vasco da Gama’s grandson, ‘Francisco da Gama’, who became viceroy in 1597.

This Arch erected by Viceroy Francisco da Gama in 1599 was once the main street for entering Old Goa. It was built as a memorial to the achievements of Vasco da Gama, the famous explorer who landed in Goa.

In 1954 the Arch was reconstructed with Vasco da Gama’s statue on the riverside and the statue of St. Catherine on the other side.

A road leads to the Mandovi River from the St. Cajetan church and passes through the Viceroy’s Arch. It is also known to have been one of the gates of the Adil Shah Palace and is made of laterite.

On the rear side of the Arch there is a statue of a lady wearing a crown and a long decorated robe.

She holds a sword in one hand and an open book in another, gazing sternly ahead. Under her feet are a reclining figure of a man in an equally decorated robe, slippers, and turban.

This confirms he is of high rank. The head of this man is propped up by an elbow with a resigned expression on his face. This statue is considered to have symbolic value to it.

The archway was the spot where the new viceroy would be handed over the keys to the city of Old Goa, the capital of Goa at that time.

The structure lost its ceremonial importance when the capital of Goa was moved from Old Goa to Panjim in 1843.

Viceroy’s Arch results from the first memorial of the nautical achievement by famous Vasco da Gama.

The gate is an excellent example of the Manueline style of architecture, though the Arch in itself is a feature of the Italian Renaissance.

The Other Old Portuguese Churches and monuments in Old Goa include;

The might of Arch awaits your presence. So, do make sure you plan on visiting this  monument, The Viceroy’s Arch Goa’. 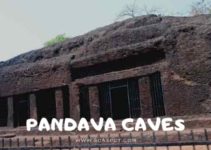