The temple holds the magnificent deity of Lord Mangueshi, who was an incarnation of the Hindu God, Lord Shiva. Only in Goa does one recognize Shiva to be called Lord Mangueshi.

The Mangueshi Temple was built originally near the banks of the River Zuari in the village of Kushasthali, which was later renamed ‘Cortalim’ after the Portuguese invaded Goa in 1543.

The invasion of Goa, by the Portuguese, resulted in the temple being destroyed and dismantled, as the Portuguese rulers began converting the taluka of Cortalim into a Christian upbringing.

The temple was later moved and rebuilt in the village of Priol, which was ruled by the Hindu kings of Sonde, in the district of what is now known to us as ‘Ponda’.

Since then, the temple has been renovated twice during the reign of the Marathas.
Its final structure was renovated in 1973 when a holy vessel was fitted at the top of one of its highest dome.

The story behind The Temple

One day Lord Shiva his Wife Parvati were playing a game of dice. The game ended in a humiliating for Shiva who wanted to prank his wife in return for the loss he had faced at her expense.

One day before Parvati (his wife) came home Lord Shiva turned himself into a tiger to frighten her. Parvati became frightened at this sight and ran out to call her husband; speaking these words, “trahi mam girisha” which translates into “Oh Lord of Mountains, save me!” Shiva then turns himself back into his original form.

These words spoken by Parvati were later abbreviated into Manguesh, and hence the Temple being called Mangueshi.

The Structure and Features of the Temple 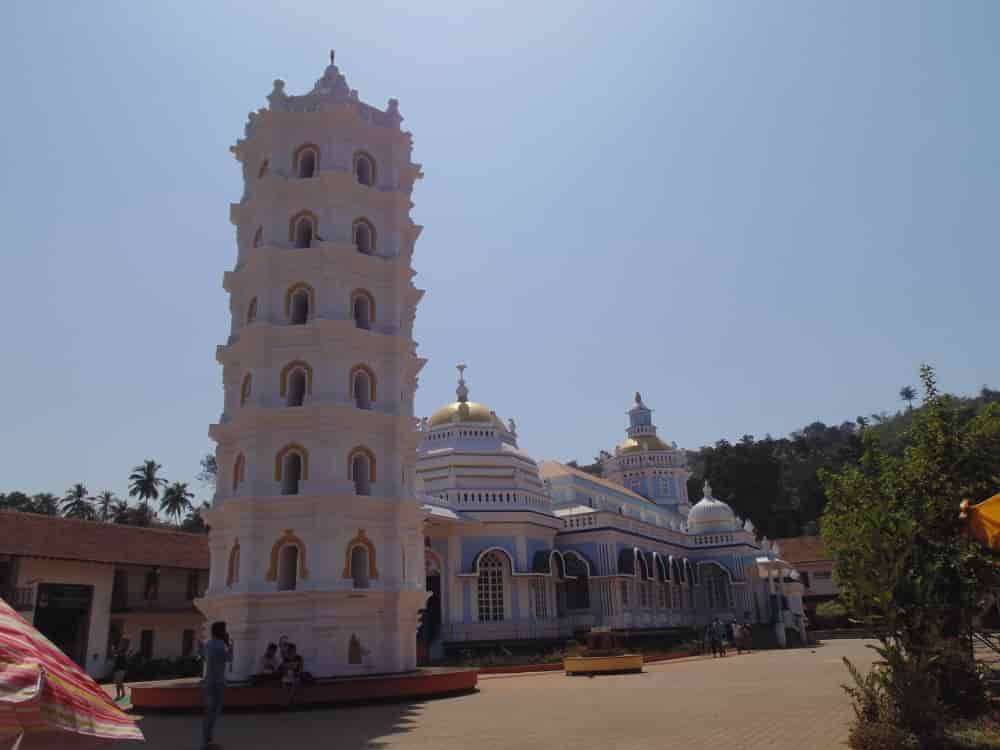 The temple was rebuilt in its final form in the typical Goan style of architecture.

The uniqueness of the temple is a sight many tourists and visitors come to admire. The temple has a unique Deepastambha, which is a seven storey octagonal lamp tower, painted white with golden arches, inbuilt within it.

The temple also consists of several domes, pilasters, and balustrades, and is considered to be particularly beautiful at night when the lamp tower is lit with lighting as well as the main altar.

The figure of Nandi Bull regarded as Lord Shiva’s carrier is another glorifying aspect of the interiors of the temple.

The temple also accommodates a 500 capacity hall called the Sabha Griha, which can be utilized for functions and festivals.

Every year at the end of the month of February, the Lord Shiva deity is decorated with unique ornaments and taken around the village of Manguesh, to celebrate the main annual festival of the temple during the Magha Purnima.

The pulling of chariots known as the Ratha Yatra is the major attraction of the festival.

Tourists from all over the world come and join in the celebrations of the main occasion at The Mangueshi Temple, which is quite enthralling and colorful.

Place to visit near Mangueshi Temple

On the outskirts of Ponda one can see the historic Safa Masjid or known otherwise as the Shifa Shahourie Masjid. This historic structure is a historian’s delight. The Safa Masjid of Ponda is a proud representative of medieval Goa’s history and culture.

How to reach to the Mangueshi Temple

Getting to the temple is fairly simple and straightforward. Tourists normally prefer catching a bus from the Kadamba Depo in Panaji, (KTC) bus stand.

The Mangueshi Temple to Panajim is 22 km and can be reached in 45 mins with no traffic congestion. Other routes may include hiring a taxi or renting a private vehicle to the temple.

The temple can also be reached from Madgao by bus and similarly from all other major bus stands in Goa.

The temple open at 6:00 am and closes at 10:00 pm, so do make sure to plan your journey accordingly to the timing best suitable to you.

With its high domes and white and gold red paint, one can easily see why the Mangueshi Temple is more than just a temple. It’s a place for people to come and admire a bit of history and appreciate the background behind the story of one of the biggest, most beautiful temples in Goa. 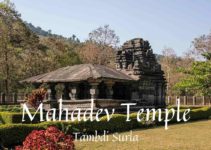