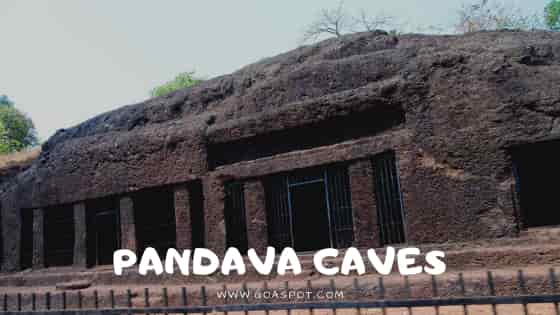 The Pandava Caves, also known as the ‘Arvalem Caves,’ is situated in Goa, in the Northern town of Sanquelim. The Arvalem Caves are ancient rock-cut out caves that were named after the ‘Pandava Brothers’ from the tale ‘The Mahabarata’.

The exact origin of the caves are not known. However, their creations dates back to the 6th century B.C.

History and Structure of Pandava Caves

It is said that the 5 Pandava brothers took refuge in these caves during their exile. I am also said that, due to a huge statue near the cave of Buddha, the Arvalem Caves (Pandava Caves) is said to be done under the influence of the Buddhist Monks.

The architecture of the Pandava Caves also gives a hint of having a Buddhist touch to it, since they have the same patterns as most of the Buddhist Caves around the world.

The Pandava Caves consist of having five small hollow granite caves, three of which have shrines inside, and the remaining two were used for residential purposes.

The shafts of the four carved lingas inside the cave resemble those found at the famous Elephanta and Ellora caves. The Shivalinga in the second cave is engraved with an inscription written in Sanskrit and Brahmi characters of the 7th century.

Timings for tourists to visit the Pandava Caves are from 9 am- 1 pm and 2 pm- 5 pm on all days, including Sunday.

Attraction near the Pandava Caves

The Arvalem waterfall is at its absolute best right after the monsoon season ends in Goa. The breath-taking beauty that can be seen by viewing this waterfall attracts loads of tourists. A huge lake is formed at the bottom which is much popular amongst the swimmers.

The colour of the waterfall becomes muddy brown because of the monsoon rains and the water flow is quite less. The area has lush greenery all around it with fruit laden trees adding to the beauty of the scenery.

The Arvalem waterfall is one of the most crowded tourist spots in Goa.

How to reach the Pandava Caves

Dabolim Airport is the closest Airport to Pandava Caves, being just a distance of 26 km away. From the airport you can hire a taxi or a car to reach the Caves.

Closest railway station to the Caves is Karamali 22 km away

The Caves are 29 km away from Panjim (Kadamba Bus Stand) and 46 km from Vasco Da Gama Railway station and 9 km south of Sanquelim.

One can hire a cab or bike to reach the caves. There are no buses traveling to this place. Buses, however, go to the nearby town of Sanquelim, where tourists can then take a taxi to the Arvalem caves, waterfall, and the Rudreshwar temple. 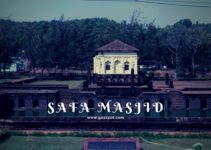